The Amber Light at the Edinburgh International Film Festival

EIFF will host the world premiere of The Amber Light

The film, about whisky and Scotland, has been nominated for the Best Documentary Feature Film

LONDON - May 29th 2019 - 52 Films are delighted to announce that our debut feature film, the whisky documentary The Amber Light, has been nominated in the Best Documentary Feature category at the Edinburgh International Film Festival. This prestigious event is the longest continuously running film festival in the world. The event will also be the film’s World Premiere. The film began as a Kickstarter funded project in 2018. 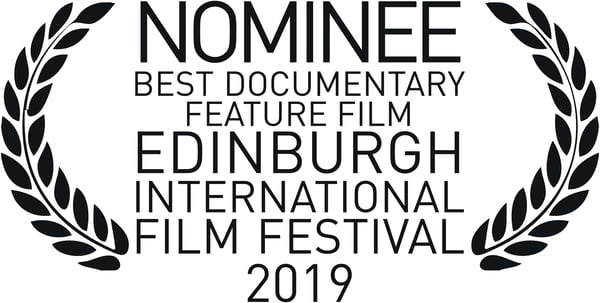 Adam Park, director and producer of the film, said: ‘we’re absolutely delighted to be having our first public screening in Edinburgh at the EIFF. It’s the perfect venue. And to receive an award nomination is a real honour - I’m sure there’ll be great films on show’.

The writer Dave Broom: 'It was a real pleasure to work with the team and I'm really happy to have been able to bring this story to the screen, and with how the film has turned out'.

In this journey through the lesser-known parts of Scottish whisky culture, we follow spirits writer Dave Broom on his quest to gain a deeper understanding of his national drink. While whisky has never been as popular as it is now, it is often seen in the context of being a brand which sits outside people’s lives. It’s often thought of as a drink which speaks of the past rather than engaged with a dynamic present.

Dave, who grew up in Glasgow, has been writing about spirits for over thirty years, but whisky is his particular passion and a subject on which he has many strong opinions. This film traces his journey back to the roots of whisky and show how it is an integral part of a wider Scottish culture, rather than just a product.

He will speak to key players in all aspects of whisky – farmers, distillers, bar owners - as well as artists, writers, poets and musicians.

The Amber Light shows that Scotch is (and has always been) a cultural product, part of a ‘cultural terroir’. It unpicks some of the myths and half-truths which have adhered themselves to whisky, reclaiming the unheard, the funny, the offbeat and surprising truths that lie beneath.

Music is central to our film, and we were honoured to have a wonderful selection of Scottish musicians performing in our film. The incredible Christoph Bauschinger also created just a beautiful score to accompany them. All of these elements and influences have gone into our Amber Light playlist: a selection of songs and artists that reflects the music in the film; 93 songs, a song for every minute of the film, perfect for summer - we hope you enjoy it.