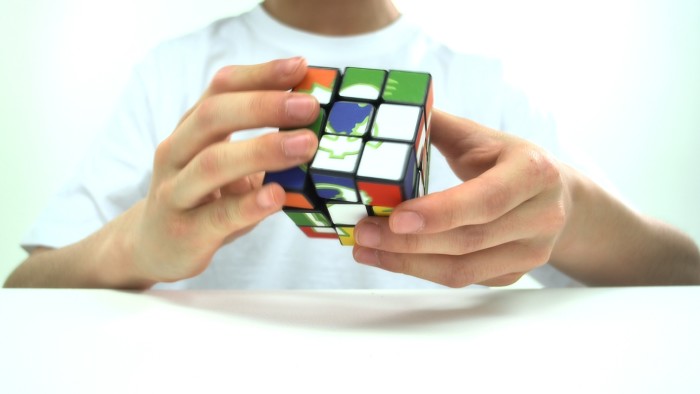 As part of today’s launch of Oxfam International’s new six year Strategic Plan, blueprint.tv has created a short film to introduce both the plan as well as their new Executive Director, Winnie Byanyima.

The concept for the short video draws on the idea of global injustice as a puzzle (and therefore solvable), using the iconic RUBIK'S CUBE® whereby each side represents one of the six elements in the strategic plan. The viewer watches hands moving the pieces of the puzzle while Ms Byanyima narrates a voice over. The film culminates with the puzzle being solved as Winnie introduces herself.

Simon Ross, blueprint.tv director for the ‘Solving the Poverty Puzzle’ film, said: “It has been an absolute privilege to work with such a prestigious charity. Oxfam set us a significant challenge with this project and from the outset we wanted to find an elegant concept which could quickly cover such a broad range of themes. We wanted to engage with viewers at an intellectual level - hopefully in a witty and accessible way - and needed to make a connection by not only encouraging viewers to think about poverty, but to think about it in the way that Oxfam does: a systemic, complex and multidimensional problem.”

Brigid Janssen, Global Communications Director of Oxfam International, said: “The blueprint.tv team understood immediately that Oxfam needed to approach this material in an imaginative yet clear way. The metaphor and visual simplicity of using a RUBIK'S CUBE® were just perfect as it also handled the serious subject matter with dignity. We are delighted that Oxfam’s objectives have been met so fully and we look forward to working with blueprint.tv in the future.”

About “Solving the Poverty Puzzle”:

blueprint.tv is a video production, content marketing and digital agency with offices in London, Toronto and Cape Town. blueprint.tv’s clients communicate and market through the moving image. Since 2006 blueprint.tv has created a variety of works, from virals and commercials to short films, corporate content and feature documentaries. The company has in-house design, animation and production capabilities, as well as digital capabilities that include the creation of interactive interfaces, digital strategy and SEM services. blueprint your identity®.

Oxfam is an international confederation of 17 organizations networked together in more than 90 countries, as part of a global movement for change, to build a future free from the injustice of poverty. Oxfam works directly with communities and seeks to influence the powerful to ensure that poor people can improve their lives and livelihoods and have a say in decisions that affect them.
For more information on Oxfam International, please visit: