blueprint.tv, the international communications agency, has today announced a rebrand to 52 Group.

The transformation was driven by a desire to present the company’s complete offering as 52 Group seeks to accelerate its growth and deliver a more agile, tailored response to clients including private equity firm Permira, healthtech business Qbtech and charities such as Doctors of the World.

“We believe digital communications, marketing and sales are closely connected. Recently we helped medical device company Qbtech win dozens of new clients. We have assisted Slater and Gordon find over 100,000 people to register their interest in joining the VW emissions legal claim. We have also supported investment companies to raise and deploy capital. It is great that our digital practice now has a dedicated home for growth.”

“52 Group expands on our belief that video is the best medium for communication. By combining video with digital we can measure returns and generate yearly revenue for our clients. ”

“52 Films brings with it a wealth of production talent and we can’t wait for audiences to get a taste of our first feature, The Amber Light; an exploration into the culture, craft and creativity that lies within the story of Scottish whisky in conjunction with The Gannet and spirits expert Dave Broom."

“Following on from this, we now have a second film in development looking at Japanese whisky alongside various feature films and commercials in the pipeline. In the last twelve years we have produced numerous commercials and broadcast content over five continents so it is fantastic that our film and production activities now have their own division.”

The new logo, website and visual branding were inspired by the dynamic, geometric shapes of financial charts and graphs and provide each of the group’s divisions with distinct yet linked identities. 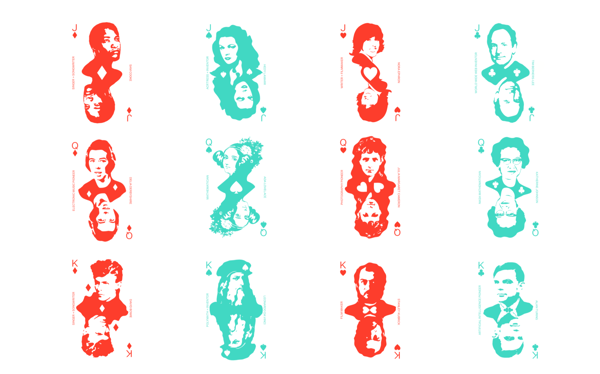 A special set of playing cards has been commissioned to mark the launch, produced by renowned British illustrator and artist Dan Stafford. The cards showcase both the creative and analytical sides of 52 Group, with the red suits featuring prominent creatives and the clubs and spades prominent scientists and innovators.

The new 52 Group identity will be officially unveiled at a drinks reception in London on Wednesday 21st November where new products, services and projects will be presented.